Outdoor classrooms can help create transformative learning environments for children and support government initiatives such as Learning Outside the Classroom, Curriculum for Excellence and Growing Schools.  Outdoor classrooms come in a wide variety of designs that can be used for all kinds of teaching work. Many can also be used during breaks, creating spaces for children to rest and socialise in. 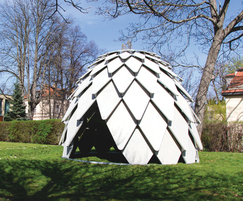 Product
Park gazebo, covered sandpit, outdoor classroom – all this can be Pinecone (pine cone). Inspired by natural laws, the self-supporting structure forms a dome of 109 scales in seven rows above each other. Thanks to the mutual rotation of the scales of the individual layers, the gazebo has an airy effect, it has a pleasant microclimate and perfect... 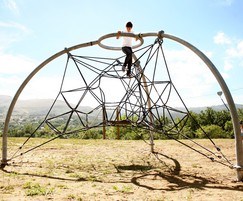 Product
Climbing nets and structures are popular pieces of playground equipment since they span many age groups and offer a clean aesthetic for urban or natural environments. Galopin manufacture their own nets, which enables Jupiter Play & Leisure Ltd to... 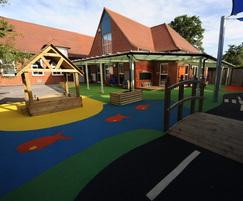 Project
Merton Park is a mixed primary school in Wimbledon with a new and exciting play space for its early years pupils. The existing playground benefited from a shade sail canopy and wet pour surfacing but the area had become tired. The school wanted to improve its outdoor play provision with a play space that would harness personal, emotional, language and physical development... 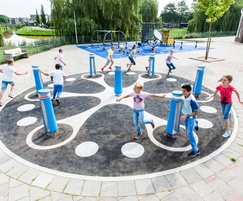 Product
The Yalp Memo activity zone contains seven interactive touch-screen pillars and an 8m playfloor and enables children to learn in a fun and interactive way. All kinds of games can be played from new forms of tag, to collaborative maths solving and memory games. Thanks to its built-in wireless internet connection, new Yalp Memo games are... 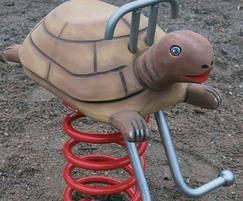 Product
The FHS Springer’s are designed for children aged 2-6 years. The design of our springers is based on creatures and items that young children can identify with, such as, trains, tractors, cars and animals. Our range of springers encourage children’s imagination and allows them to experience a range of movement. These sculptured springers not only... 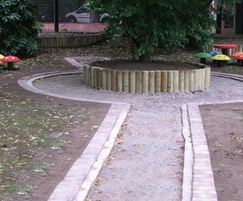 Project
Massey & Harris was given a very open brief for the development of an outdoor space at St Margaret's. The area was mainly grass with lots of cover from mature trees, but with very little in the way of play or learning activities. A nearby residential area meant low level, low impact items were required to improve this natural area, rather than... 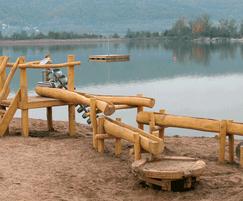 Product
An essential addition to any seaside play area or an exciting twist on an inland adventure land. Water and sand play items are always popular with children off various ages and abilities. This item encourages children to work together, improving social interaction whilst mazimising their imaginative play. Made from Robinia timber, this unit is... 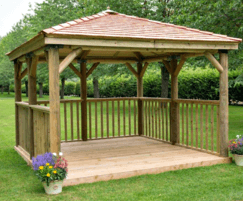 Product
M&M Timber manufactures a 3.5m square gazebo from kiln-dried, Tanalith E pressure-treated round timbers with an attractive smooth sanded finish. It offers a covered solution for the outdoors, whether for use as a place to sit and relax, as a large area for alfresco dining, an alternative office work space, school shelter or outdoor classroom... 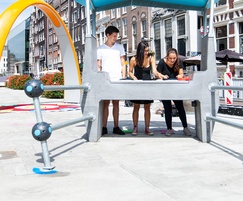 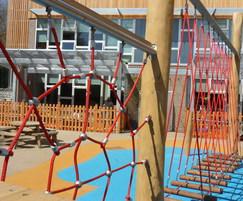 Product
The FHS Playtime Activity Points are a great value multi-play unit perfect for school and play areas with space constraints. The Biel unit provides elements including climbing, balancing and hanging and allows lots of children to play together at once....

Are you  missing  from this list? Let's fix that.

ESI.info has spent over 25 years introducing specifiers to products and services from leading UK brands. 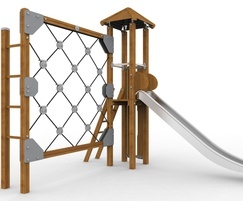 Not found what you're looking for? Explore related content on  EXTERNAL WORKS